As a teenager, Mike Norton was diagnosed with idiopathic hypertrophic subaortic stenosis (IHSS), an inherited heart disease that caused his heart to weaken over time. After traveling to national parks throughout the country during his 35-year career as a landscape photographer, Mike noticed his IHSS was significantly impacting his work when he could no longer hike the paths needed to get the right view.

In July of 2016, Mike saw Dr. Joggy George, a cardiologist at Baylor St. Luke’s, and was told he needed to be placed on the heart transplant waiting list as his IHSS had significantly impaired his heart’s function. It wasn’t until November of 2016 that he found out he had a donor heart available, and a few hours later, Mike went into surgery.

Just two days after surgery, Mike was up and walking. A few weeks later he was discharged from the hospital, and since then, his health has improved dramatically.

Mike credits Baylor St. Luke’s team of experienced cardiologists, surgeons, nurses, and many others for the success of his heart transplant and improved health. “All the people there are confident, committed to helping and to listening to the patients and helping them with what they need,” Mike said. “I appreciate every day that I have now because it’s a gift; a gift from my donor family, a gift from Baylor St. Luke’s, and a gift from everybody who prayed for me.”

Mike is committed to honoring the gift given by his donor, a 15-year-old honor student, athlete, and boy scout, by living every day to the fullest. With his new lease on life, Mike can return to photographing the beautiful vistas he loves. His most recent adventure was completing the 16-mile hike up Half Dome in Yosemite National Park. 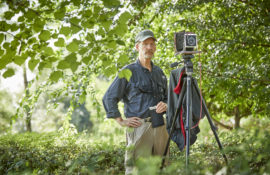 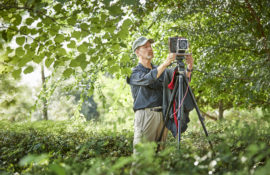